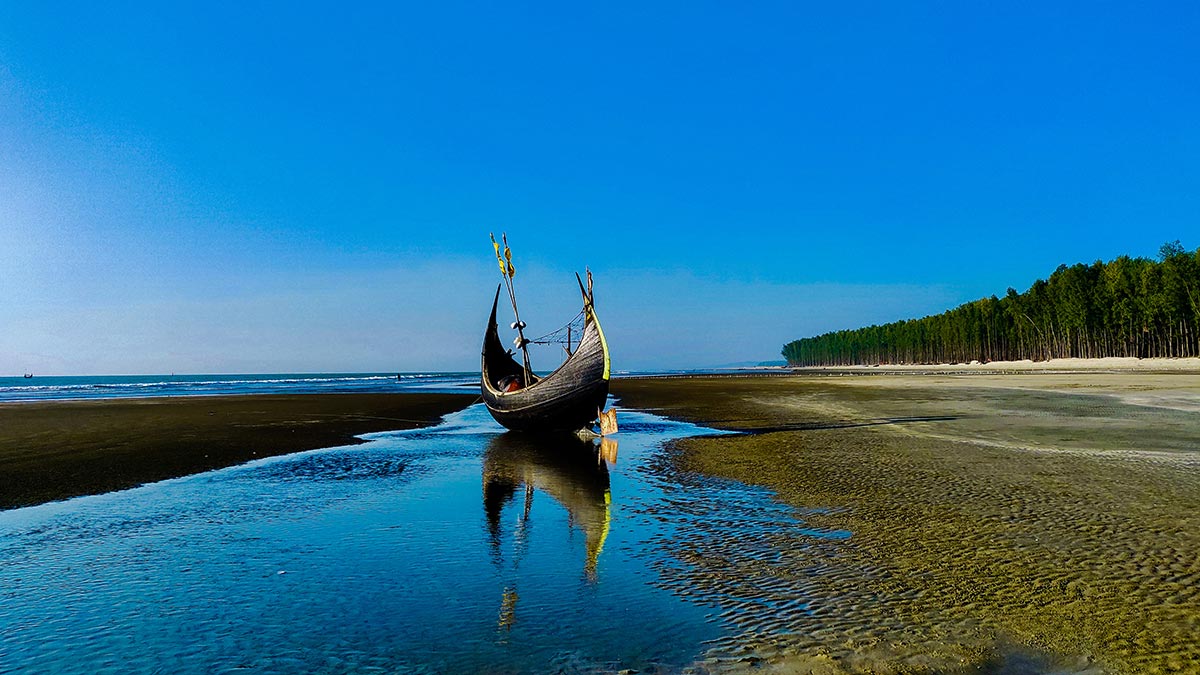 Cox’s Bazar is the longest beach in the world, located near the city of the same name in the southeastern part of Bangladesh on the border with Myanmar. It is the tourist capital of the country.

Description of the beach

The sea is clean, the water is clear. The beach is sandy, shallow, with a gradual lowering of the bottom. On the coast lies fine golden sand. The coastline is wide. The coast is divided into several sections with different names:

Inani and Himacheri are democratic beaches that can be visited in ordinary swimsuits, despite the Islamic faith of the majority of the population.

Cox’s Bazar is a crowded beach, most of the holidaymakers are locals and citizens of Bangladesh. There are few tourists due to poorly developed infrastructure. Local Attractions:

When is the best time to go

Bangladesh has a tropical monsoon subequatorial climate. The best time for a beach holiday is the period from October to March, when the air temperature reaches a comfortable +26 degrees. In April comes the exhausting heat and the rainy season.