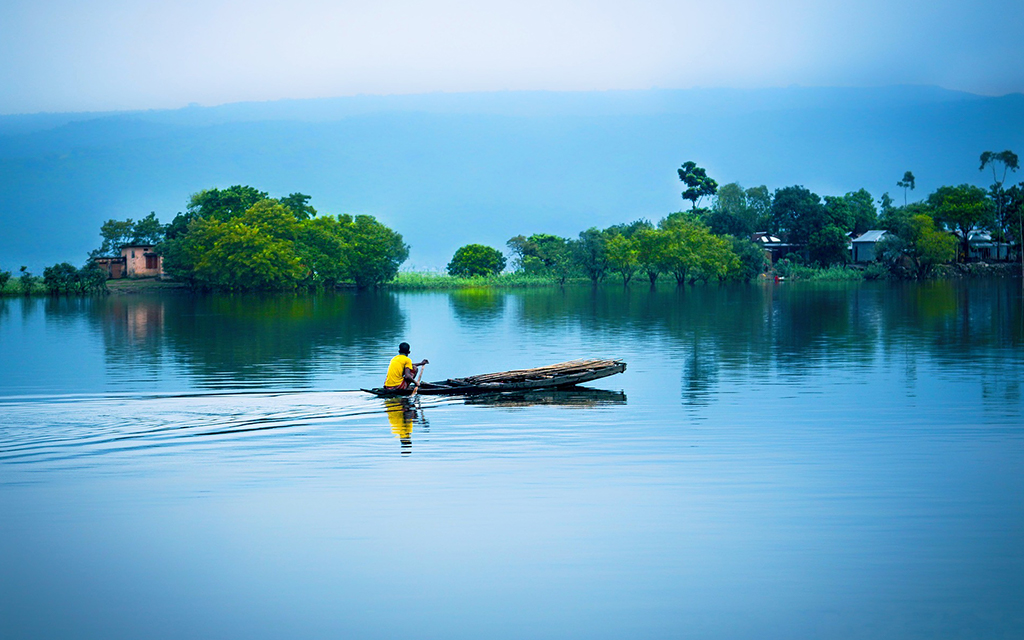 Dhaka is the capital and largest city of Bangladesh, located on the Buriganga River. This is the most densely populated place on earth, and also the poorest and most polluted city in the world. The problem of drinking water is acute in it, everything here is mired in garbage, stench and covered with ubiquitous flies. Sad statistics report high infant mortality, so children under 10 years old are not even registered here. There are 52 universities in the capital and most of the country’s industry is concentrated: cotton, food, metalworking industries. They also produce jute fiber, muslin, and grow rice. The main attractions are the Pink Palace, Lalbagh Fortress and Baitul Mukarram National Mosque.

Chittagong is the country’s second largest industrial city and the country’s most important port. Known for the fact that here is located the “cemetery of ships” of Bangladesh – the world’s largest center for the disposal of the fleet. The coastline, on which thousands of dismantled ships are scattered, stretches for 40 km. Oil refining, steel, automotive and chemical industries are concentrated in the city. Just 20 km from Chittagong is the beautiful sandy beach of Pateng. This is a good place for a picnic, and there are also many species of wading birds.

Khulna is an industrial and commercial center famous for jute production. Local factories have preserved “industrial relics” – water mills, passenger ferries, steam engines, spinning presses, etc., which are more than 70 years old. The city is surrounded by mangroves and swamps.

Bagerhat is the ancient “City of Mosques”, which until recently was considered lost. It is located near the modern city of Bagerhat (Khulna district). Now there are about 2,000 mosques over 1,000 years old. Representing a huge historical value, the ancient city has become a UNESCO World Heritage Site. Its main visiting card is the Gunbad Mosque, built in the 15th century and having 81 domes (of which 77 are identical).

Sylhet is the world’s largest tea region with a city located in the green valley of the Surma River, close to the state border of India. The favorable climate, fertile soil and abundant rainfall in this area have created ideal conditions for growing tea.

Cox’s Bazar is the tourist capital and the only seaside resort in the country. It is located near the border with Myanmar. Delightful beaches with golden sand and clear water without sharks attract tourists here, including foreign ones. It is here that the longest natural beach in the world is 125 km long. In the vicinity of the city there are many active Buddhist temples where monks live. Unfortunately, the infrastructure here is still poorly developed.